...DocMartin (no, not the shoes, …different spelling). Roger Martin and i go back a few years. He is a Business Professor at Warner Pacific College. i asked Roger if i could re-post his thoughts from last week as they are along a theme that i have already posted on and have more on the way. 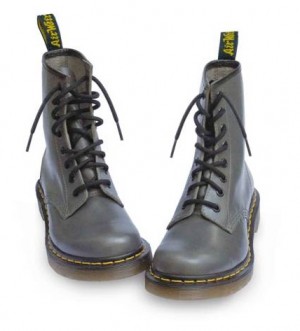 Take Care of the Little Things!

I love my morning coffee and newspapers. I get up around 5:30am and start my pot of coffee, pour my glass of orange juice, stick my bread in the toaster, and then run out and get my Columbian and Wall Street Journal (WSJ). I then spend the next two hours reading the newspapers. Sometimes there are articles in the Columbian that catch my attention, and other times it is the WSJ. Today it was both papers.

You may think it a bit strange that I am going to connect the Buffalo Springfield with Anthony Weiner, but I am going to write about both the band and the Representative in the same blog entry. The Buffalo Springfield was one of my favorite bands in the 60’s. Richie Furay, Stephen Stills, and Neil Young represented my heroes at the time. The song “For What Its Worth,” was a call to protest that all baby boomers paid attention to. Several of the original members are now dead, while Furay, Stills, and Young have just reunited and are touring. I would love to see them. I met Richie Furay at a Calvary Chapel pastors conference in Lake Arrowhead.

The comment however that stood out to me in this article was what Furay said to Young and Stills when the idea was brought up to tour together. Neil Young said they could get together either this year or next, and Furay stated at their ages they should do it now and not wait. I thought this was interesting. We do seem to put off things thinking we have time, but all of a sudden its gone.

Let me shift gears a bit and discuss Representative Weiner. I know there are going to be an incredible amount of jokes about this guy. The fact is habits that Anthony developed as a young single man continued on as he matured and eventually married. I cannot believe he thought that these indiscretions would go unnoticed? Somewhere along the line he lost something, something I would call disciplined thinking. Our society has lost the concept of discipline. How many rock stars die at an early age because they partied so much that they destroyed their bodies? How many politicians do stupid things thinking that no one would pay attention? We don’t think about consequences. If I do something, most of the time I don’t worry about what will happen later down the road? Action A will result in effect B. Effect B could be a cause to C, etc. Our actions do produce results that may, or may not, be considered good. This is especially true in how we think.

Descarte said “I think, therefore I am.” Scripture tells us we should bring all thoughts into captivity of Christ. There is value to this disciplined process of managing where our minds go. We wake up one morning and realize my gosh I’ve gained 20 pounds. How did I get here? We wake up one morning and say, why did I send all those pictures to people I don’t even know. Or one morning we wake up and we’ve missed an opportunity to play a concert with friends. Our society is losing something that was important in the past. In our modern society we focus on video games and self-gratification, and because of this we are losing the value of disciplined living and thinking. We are becoming a modern Rome. We don’t watch what we eat, pornography is rampant on our TV, and we play endless amounts of video games rather than read. It makes me think about the guy standing on the corner with a sign that states “The End of the World is Near.” All because we failed to maintain a disciplined thought life. What do you think about this?

And that is my thought for the day!